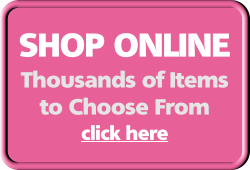 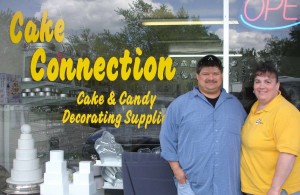 Cake Connection is the text-book example of a "mom n pop" business!  For many years, Diane had dreamt of owning a cake and candy supply store... and she worked hard to realize that dream when she finally found a location she liked and took the plunge to open in 2007.  The next year the building across the street (with sooooooo much more space!) became available and they moved so she could offer even more supplies.

Darin worked in the manufacturing industry for years but found his position unexpectedly cut right after they moved into the new building.  While looking for another job, he set up the wholesale division to sell Diane's gelatin art supplies.  This ended up taking off and put an end to his job search. Thankfully, the building was large enough to house both businesses so he could help out with the store when needed, but still do his work as well.

And now... years later... Darin has left the nest to follow his dream (antique's... be sure and check out Parma Antique Mall) and their son, Eric, has joined the ranks and is taking command of the wholesale division. 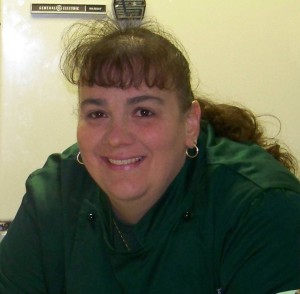 Diane is the owner of Cake Connection, and actively decorated cakes from 1992 until 2011.  She focused heavily on custom wedding cakes and won several awards at various competitions throughout the US, and had several cakes published in various magazines around the world.  Diane developed an entire product line for a new technique she developed creating gelatin flowers, and has traveled around the nation teaching a variety of classes.  She has also written two books on her gelatin techniques.

Diane now focuses her time and attention on managing the retail store and also helping out with new product development for the wholesale division.  She enjoys looking for exciting new products to bring into the store so all the latest and greatest tools and supplies are available right in our customers own back yard! 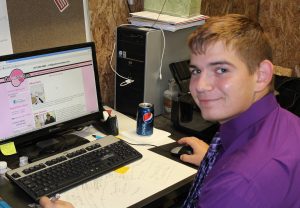 Eric is now the other half of the Cake Connection dynamic duo managing the wholesale business.  Eric has worked for us since the retail store opened as child labor (wink-wink) and now is stepping into his dad's shoe's (although Darin still likes to keep a close eye on both of his babies - the business and Eric.)

And it goes without saying... if ever you're not happy, just call Mom - it'll get taken care of! 😉

Thank you for being our customer...

we greatly appreciate you!